Chuckanut Brewery is excited to announce they have won two Gold Medals at the World Beer Cup 2018 in Nashville, Tennessee. Both Bohemian Style Pilsner and German Style Kolsch beer have won the highest medals for their rendition of these traditional European style beers. This year’s World Beer Cup had more than 8,000 beers from more than 2,600 breweries worldwide, including 850 breweries from outside the US. And 72% of the judges were from outside the US.

Chuckanut’s Pilsner is not new to awards as it has won both Silver and Bronze at past Great American Beer Festivals (GABF) as well as awards at the WA Beer awards and the North American Beer Awards. In the past Chuckanut Pilsner was entered as German style but has morphed into the Bohemian style with a greater use of Czech hops, most notably Saaz. Chuckanut Pilsner is a traditional European style Pilsner with a noble hop aroma, bright golden color, and white pillowy head. Chuckanut’s Pilsner is known as mouthwatering, award winning, deeply satisfying and refreshing brew!

Chuckanut’s Kolsch has a light body with a soft malt flavor giving way to a crisp finish. This award winning ale has undergone cold conditioning resulting in a slightly fruity aroma, effervescent quality, and quenches your thirst all year round! Chuckanut’s Kolsch has won three Gold Medals and one Silver from the GABF. It also won Silver in 2012 at the World Beer Cup, plus numerous medals from WA Beer Awards and North American Beer Awards in the past. 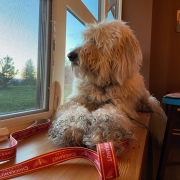