Now that summer has arrived and in full swing, Chuckanut Brewery has some new beers to release. The new Dinkel Lager is now on tap at North Nut in Bellingham and soon at South Nut. This is not a misspelling of Dunkel! Dinkel is German for spelt, an ancient grain. Chuckanut Dinkel Lager uses 50% malted spelt giving this lager a creamy mouthfeel and flavors reminiscent of fresh baked bread. The use of spelt combined with new world Experimental Hop #04190 culminates in a malty, fruity beer with a creamy finish!

Nut to the Future is a collaboration with the new Seattle brewery Future Primitive made for the Beer Prom event in Bellingham. This prom date beer is a California Common with a German twist. Using lager yeast but fermented at higher temperatures Nut to the Future has the classic character of a California Common. But the all German malt bill of Pilsner, Munich and Vienna malts, mashed up with new age German hops gives this German Common an amber hue and bready, slightly sweet flavor.

Fest Bier 2019 will be released in August to prepare everyone for the coming of Oktoberfest (at Chuckanut’s North Nut September 14). This golden lager emphasizes the use of Vienna malts for a smooth, quaffable Oktoberfest beer light in color just like in Munich, Germany. The aroma and flavors are lightly sweet with a hint of Nobel hops making this medium bodied lager crisp and smooth, perfect in liter mug quantities! 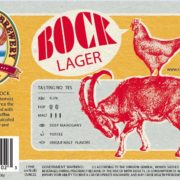 Anacortes Brewery Release and Events for September 2019
Scroll to top