The homebrewers will have eight weeks to create their Pale Ale and are given 10 lbs. of Skagit Valley Malting Copeland Pale malt to be used as the primary base malt, along with American ale yeast.  Brewers can make their beers unique by using any amount and variety of specialty grains and hops. Winner of the 2019 competition, Ben Holm, says “I wanted to create a well-balanced beer with the available ingredients. I think the Pale Ale category was an excellent showcase for Skagit Valley Malting’s products, and that gave me a great starting position to try to keep the hop bitterness and flavors balanced with the subtle malt flavors from Skagit Valley Malting.”

The judging will take place in February at Cardinal Craft Brewing with 13 judges, including experienced judges, instructors, brewers, brewery owners, and Skagit Valley College Craft Brewing Academy students. “It will be interesting to taste the similarities with the malt and yeast used, but also the differences with how the brewers add their touch with other grains and hops,” says Trevor Lawrence, owner of Northwest Brewers Supply.  Tony Savoy, Cardinal Craft instructor, formatted the judging, which will include notes and scales on appearance, aroma, flavor, mouthfeel, and style. 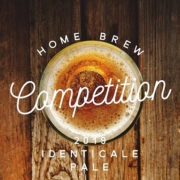